Campus Broadsided @ UAF is the pilot of an initiative affiliated with Broadsided Press to get universities and colleges involved with broadsides and poetry and public art. We create PDFs of our single-sheet publications that will be displayed and distributed around campus and on the web. Please visit the Broadsided Press website at www.broadsidedpress.org for terrific examples of broadsides. 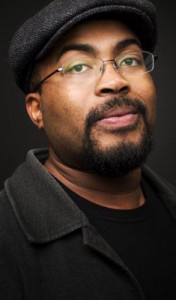 Sean is currently a visiting professor at the University of Alaska Fairbanks, where he is faculty adviser to Ice Box and the English Majors Union. He is also an editor for Broadsided Press. He is a poet, and author of Dangerous Goods and Blood Ties & Brown Liquor.   His work have been published in multitude of journals and anthologies, such as the Harvard Review and Black Nature. He has also been the recipient of numerous awards and fellowships, including a Creative Writing Fellowship from the National Endowment for the Arts in 2014. Though his undergraduate study was in the sciences, Eric holds two MFAs–one in painting from Washington State University, and the other in screenwriting from the University of Alaska Fairbanks. He avoids corralling any study by discipline, and feels that artwork is at its strongest when talking to, through, or about other fields and mediums.

Sarah Carstensen: Web Designer
Sarah is an undergrad at UAF. She is a History Major with a focus on 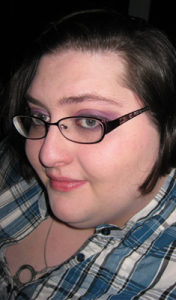 East Asia. Her minors are in English and Asian Studies. She is Managing Editor for Ice Box, which she has been a part of since 2014. She is a member of Phi Alpha Theta, and has been an officer in the UAF History Club since 2013.   She also has experience as a freelance designer of novel cover art, websites, and eBooks.